How it all began: the origin story of the Wild Carp Trust

Wild Carp Trust founder Matt Tanner recalls the events that led to three friends deciding it would be ‘a very good idea’ to form an organisation responsible for conserving the oldest strains of carp. 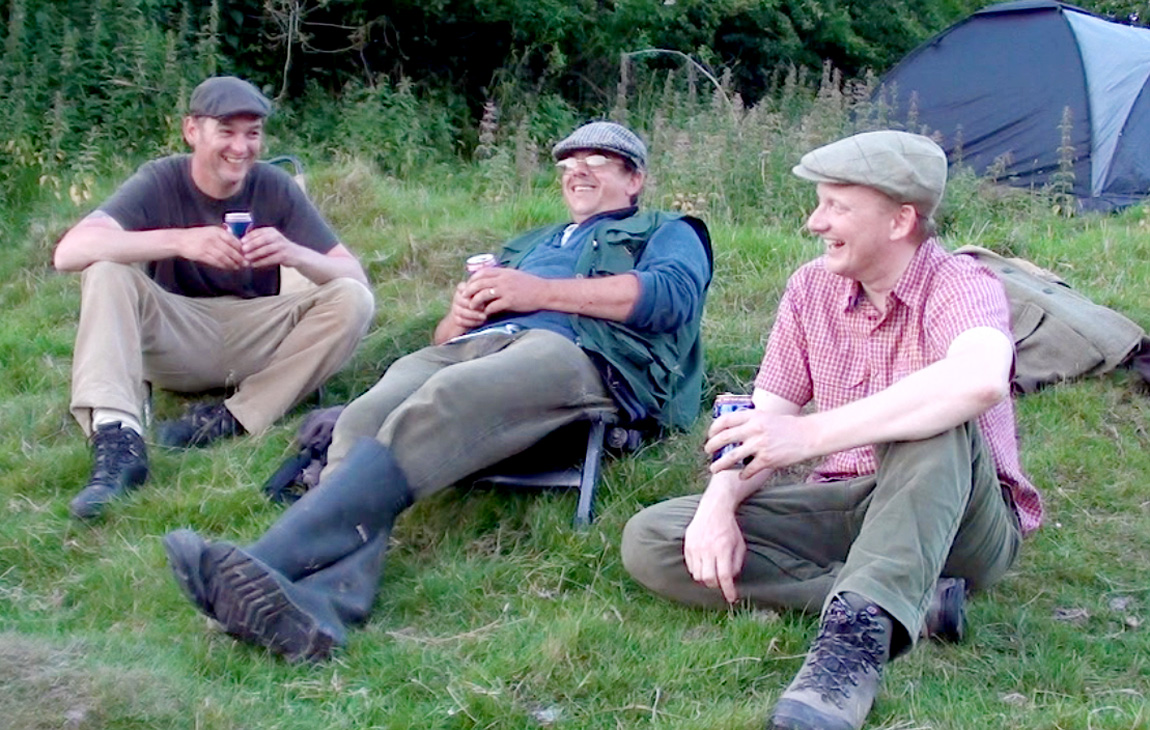 2013, when we had the idea of forming the Wild Carp Trust

It was a gloriously sunny day on the farm back in May 2013. I was outside chopping blocks for the fire when I got the shout from my wife Amanda that I was wanted on the phone.

“Hello Matt, it’s Stu Harris here, admin on Traditional Fisherman’s Forum. I’m phoning to ask if you would mind helping to arrange a bit of a boy’s adventure? I was thinking of bringing a friend over to fish for wild carp and filming it. My friend Fennel has paid for a proper filmmaker to come and document our fishing. We want to make a film about wild carp. I was wondering if you knew of a campsite where we might be able to stay? And feel free to join us fishing if you’re not too busy. We could do with all the local information we can get.”

So, with dates arranged to meet in July and an agreement in place that I’d sort out a campsite at the end of my garden on top of a hill, overlooking the conservation wood and our river (the Ithon), everything was ready for me to welcome my guests.

The time seemed to fly by and before I knew it, I was meeting Stu and Fennel at Llandrindod lake: a place I thought would be very fitting, having played host to some of angling’s greats and the place where Chris Yates caught his first 20lb carp.

With greetings exchanged and introductions made, we headed to our campsite.  The look on their faces when they arrived and saw the view was payment enough, though the hilarity that followed as they tried to clamber into the two-man tent that I’d set up on the ‘flattest’ piece of ground had us all in stitches. What made it more hilarious was that Stu had stopped at a shop on his way to purchase a sleeping bag, only to find that it was only big enough for a small child. Cue jokes about ‘toddler’ Stu and his tiny sack…

All three of us got on fabulously well. We sat drinking cans of beer while exchanging stories about past fishy adventures and hoped-for new ones.

We fishing up at Llyngwyn, where ten wild carp were caught between us on the first day. I’d caught the Sun while hiding behind the bullrushes and was ready for home by 4pm. I went into the house and cooked us all a mixed grill, then took it out and ate it by the tent with Stu and Fennel.

With full stomachs, we sat around discussing future plans and that’s where the plan was hatched that these little bars of gold that we’d fished for deserved to be looked after. More than that, they needed protecting. I explained the situation regarding the otters in the area and how my river below the house once had chub in it but now was practically devoid of fish.

I offered to show the river to Stu and Fennel. Nick the photographer then pulled up and parked his Land Rover next to my house. All of us decided to go for a walk down through the wood to the river.

Stu and I were both still full from our big meal, so lagged behind Fennel and Nick. On arrival at the river, Fennel told us that he and Nick had seen an otter as they got to the river.

We walked the river looking for fish but saw none over six inches in length. It saddened me that a river which once contained large chub and trout had now become so empty. And I was worried that this plight might soon become a problem with the wild carp. None of the local wildie lakes were fenced off, so the fish were perilously close to being eaten. How long would they survive with so many furry friends nearby? Would our beloved wild carp, that had been here for centuries, make it into the next one?

Sensing the bleak prospect for these fish, we decided that the problem needed to put right.

That was eight years ago. As I write, it’s Christmas 2021 and we’ve begun to protect these old strains of carp. We’ve formed a charity, started to raise awareness, and have achieved great things on the conservation front. This makes me extremely happy. 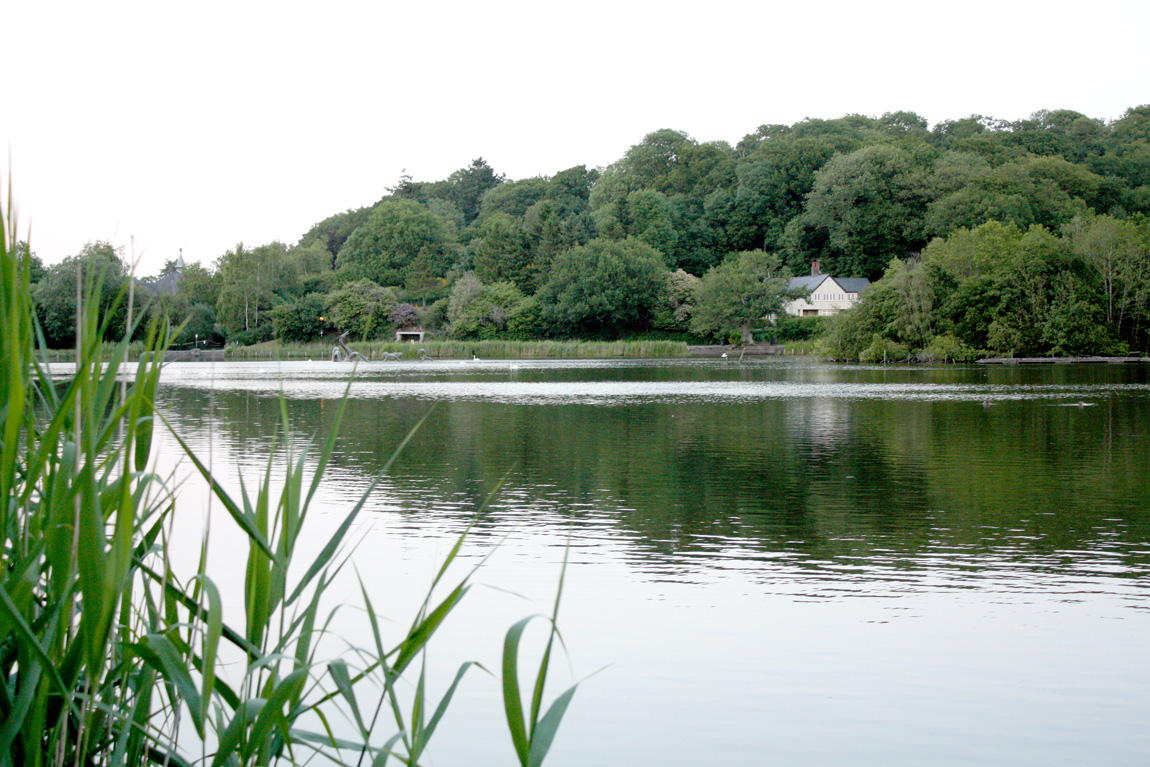 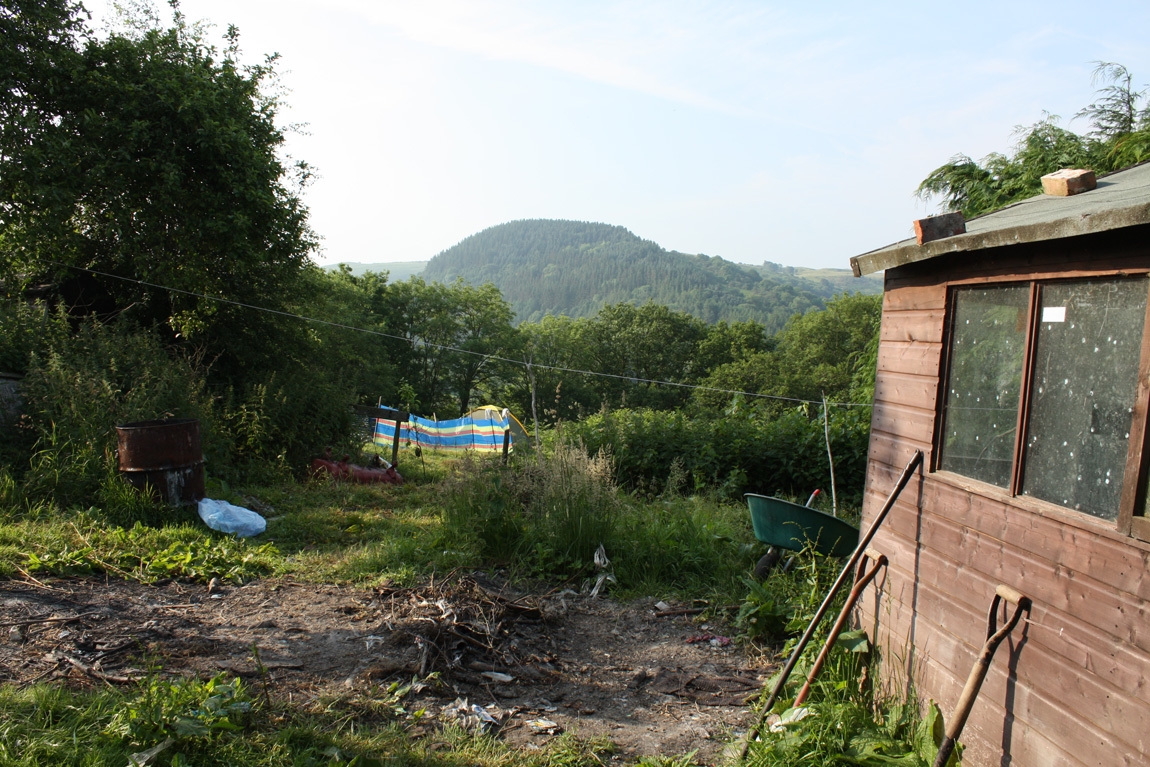 The camping spot was at the end of Matt’s garden, overlooking the Ithon valley. 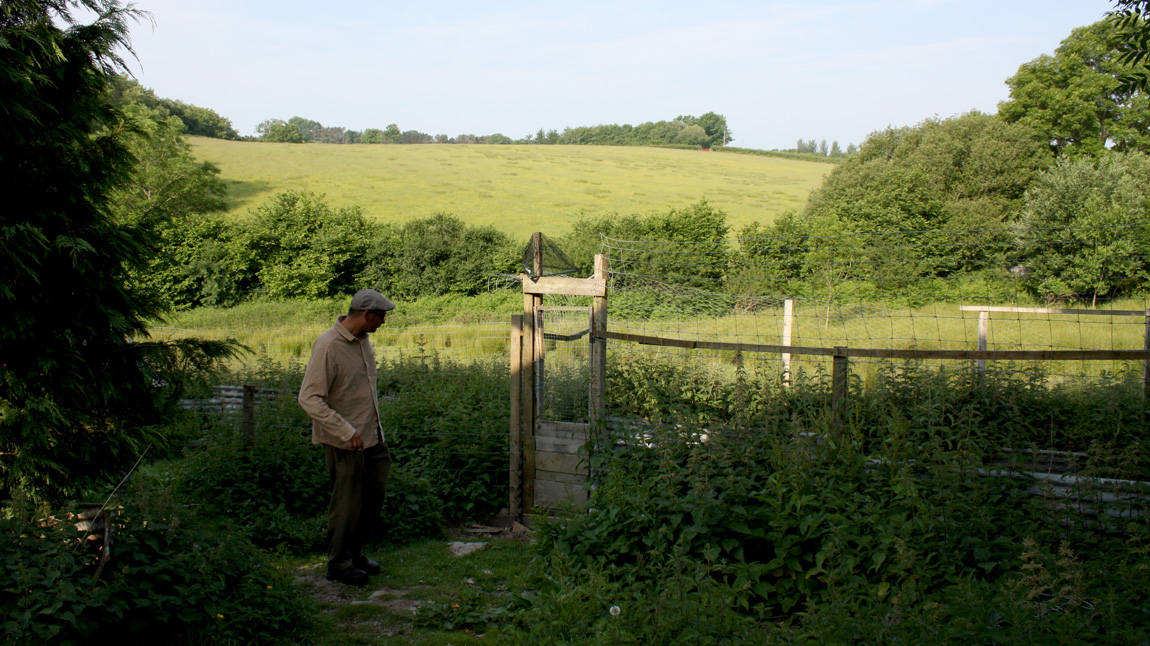 Stu was first to the fence, to get first choice of tent. 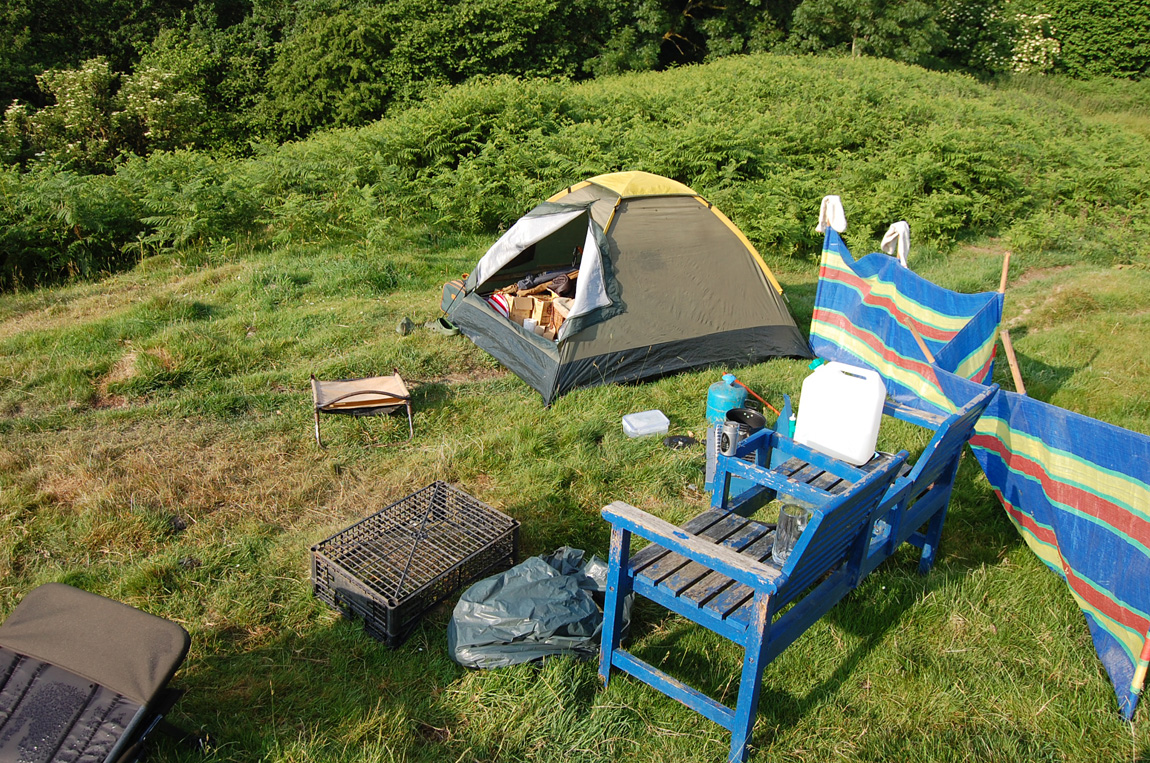 Admittedly, the camping spot wasn’t the flattest of sites. 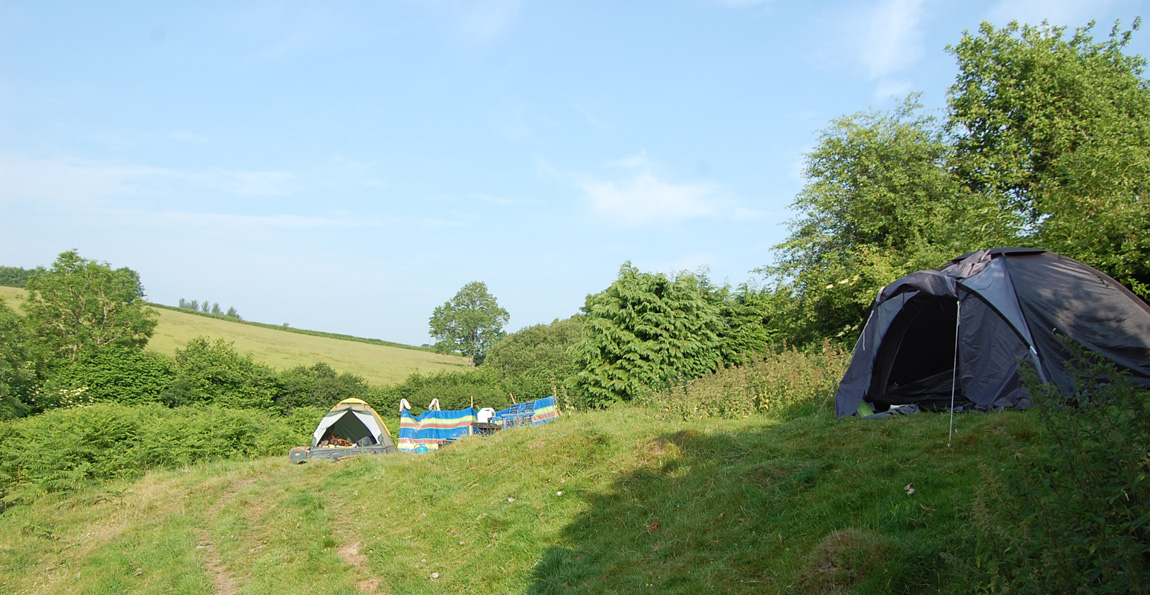 Stu opted for the tent on the left, closest to the social area. Fennel had the second tent, cooled by the shade. 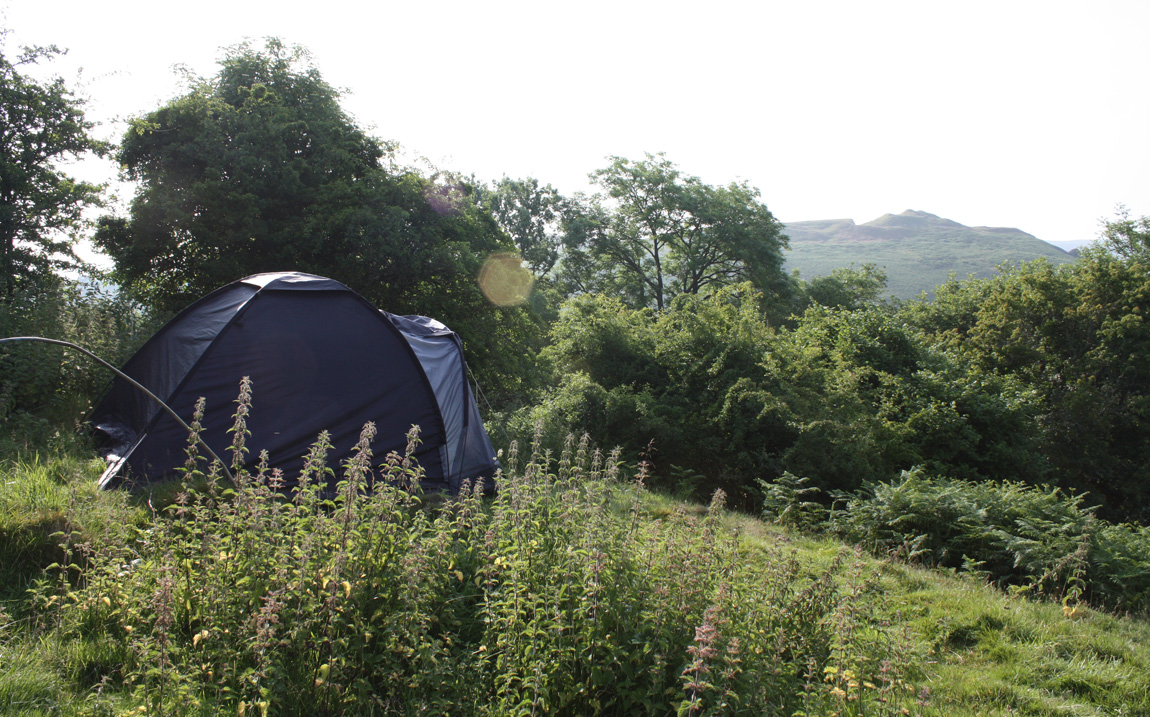 Though Fennel’s tent was also on a slope… 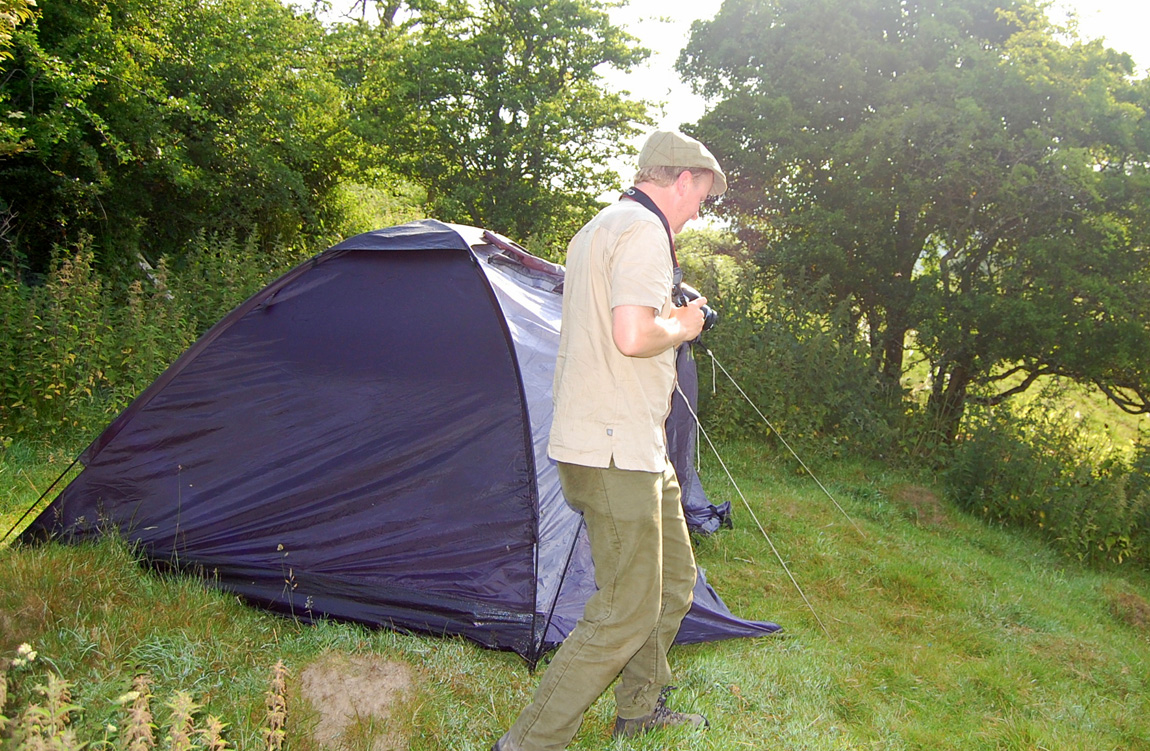 Fennel taking pictures of his tent. Seeing was believing.

Stu Harris, Matt Tanner and Fennel Hudson. Once we finished laughing about the severity of the slope, we decided to form an organisation to protect heritage carp. 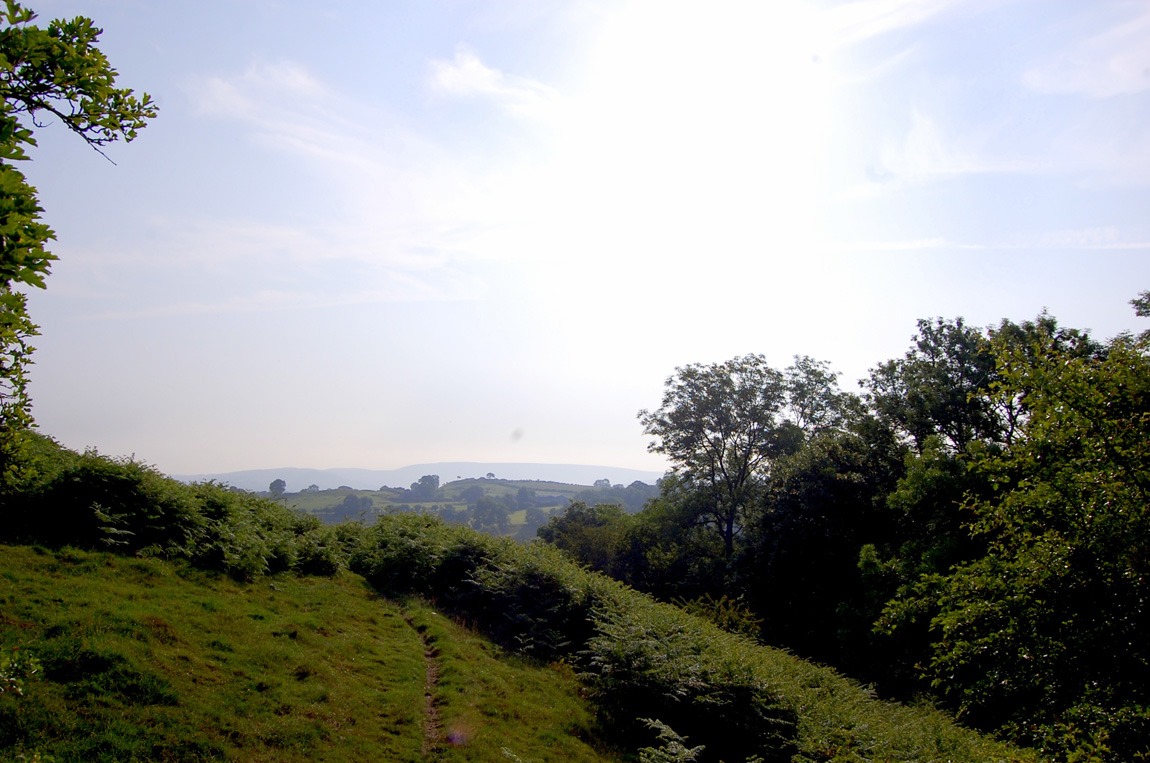 View from the campsite, at the moment we decided to form the Wild Carp Trust. 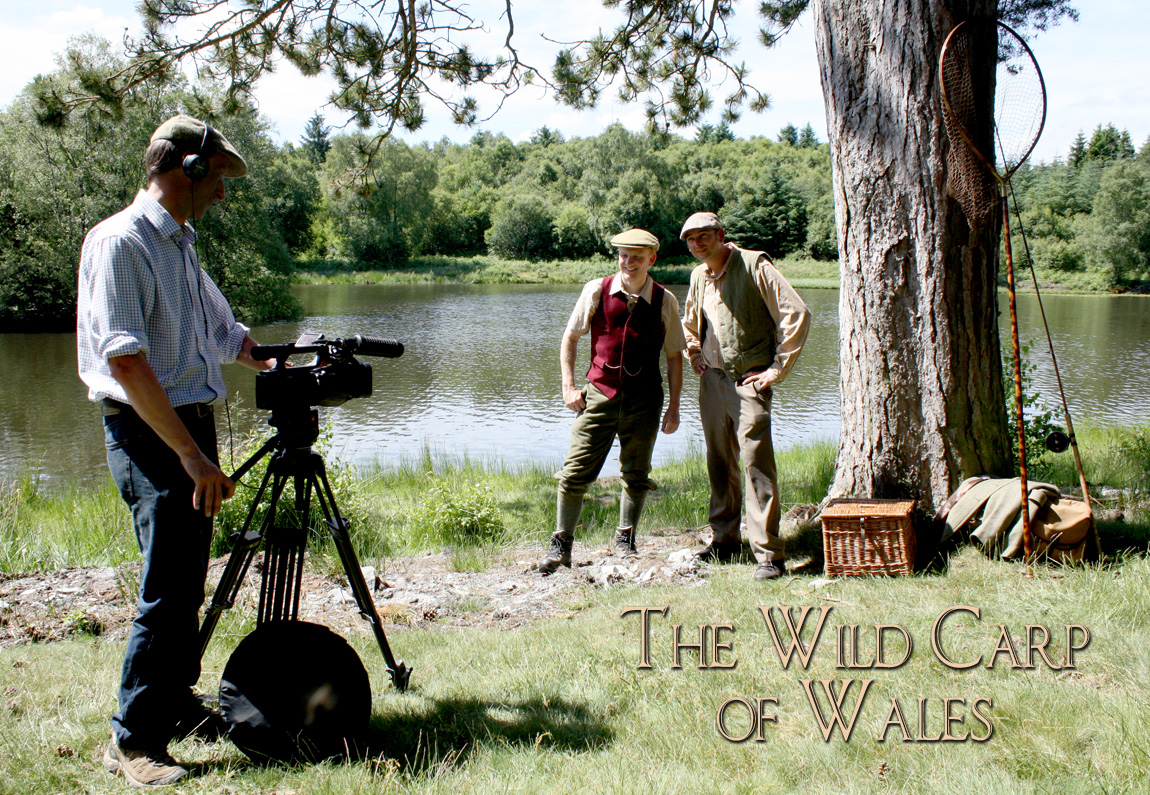 Stu and Fennel were visiting to create a film about wild carp. Alas, the footage was lost and never seen. 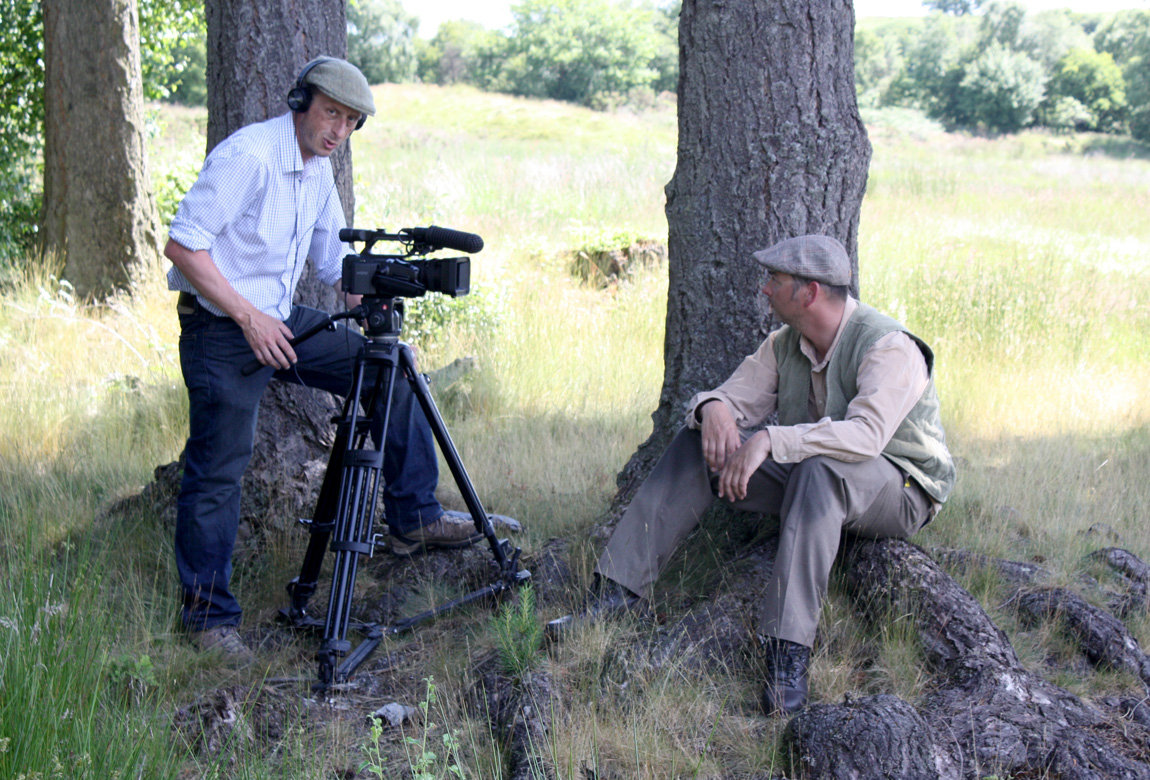 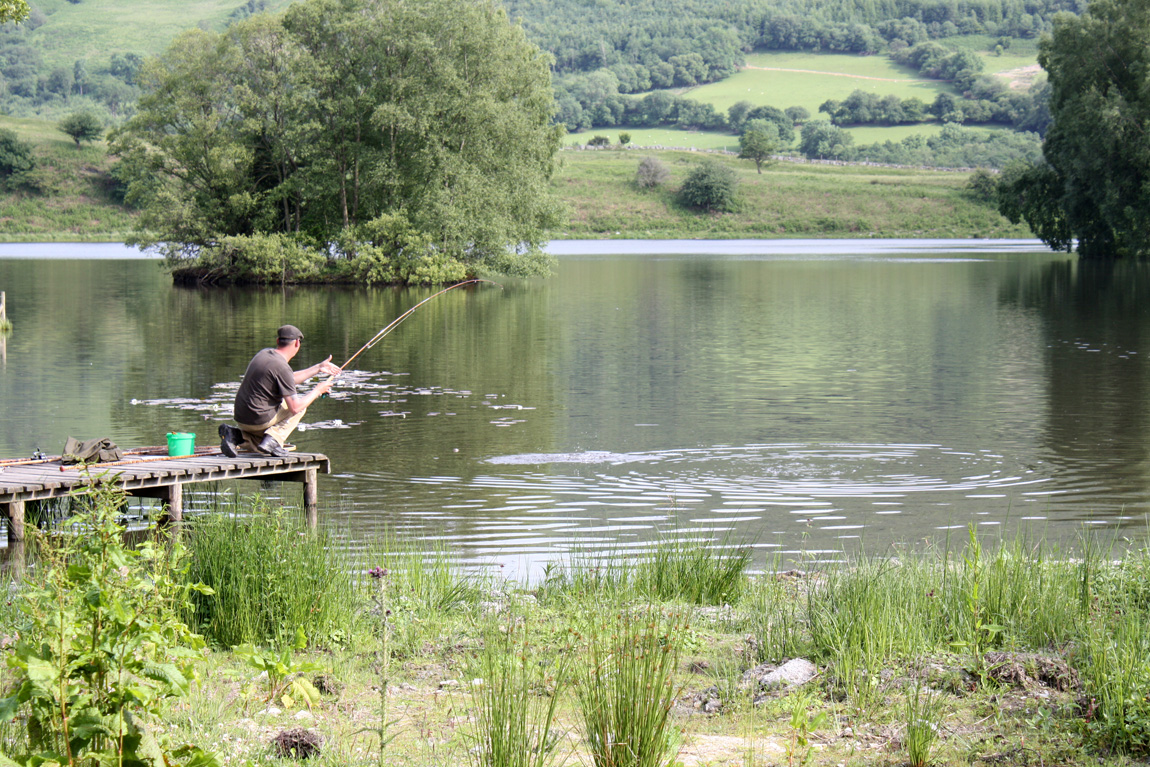 Stu was quickly into the wild carp at Llyngwyn. 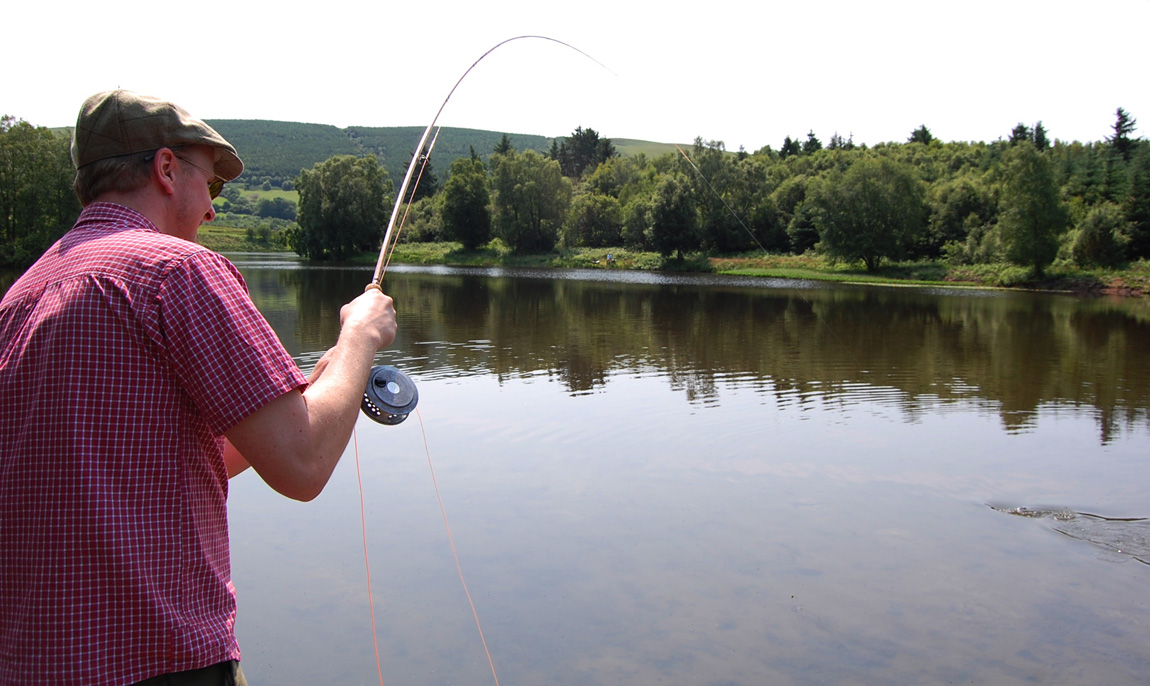 Fennel chose to fly fish for the wildies. 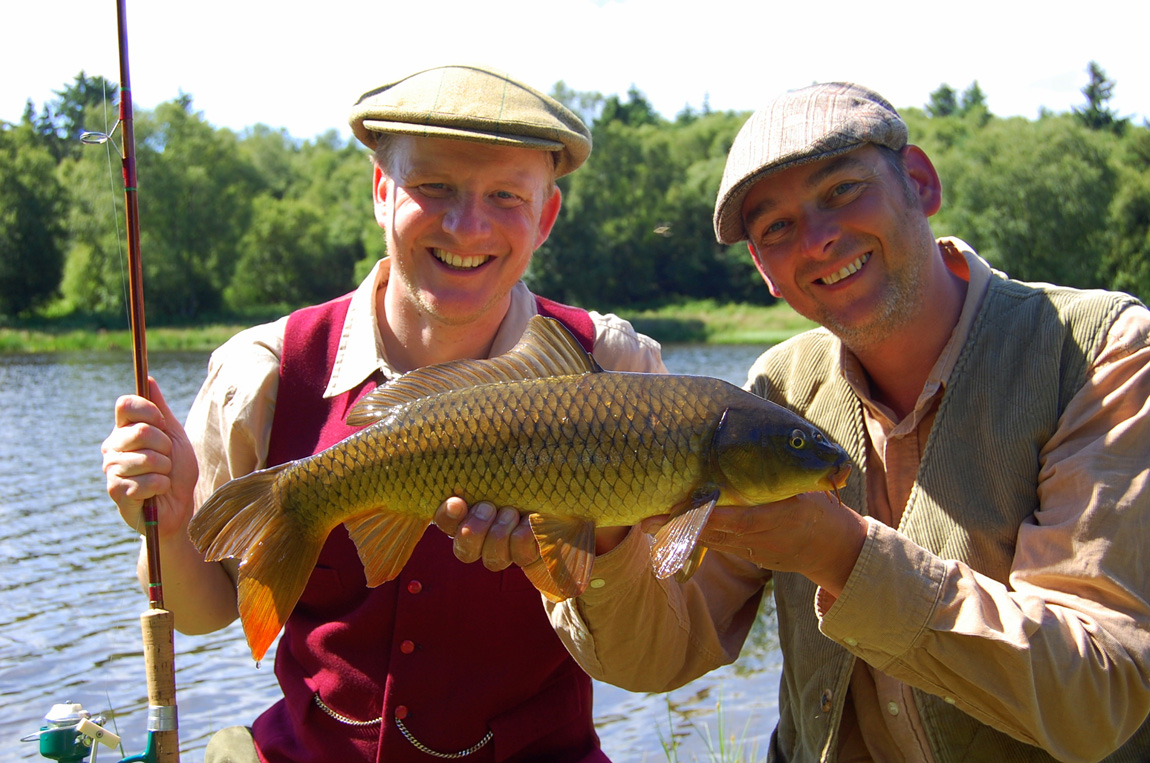 One for the camera: Fennel Hudson and Stu Harris with a peach of a wild carp from Llyngwyn. 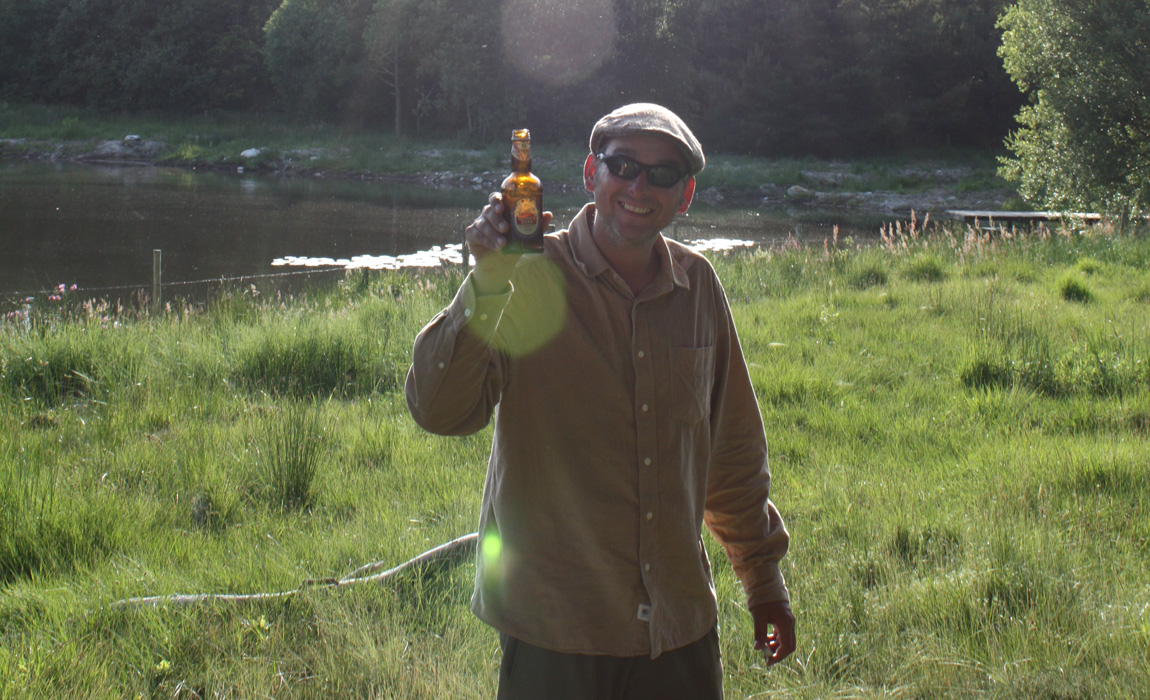 It was hot work. Stu cooling off with a ginger beer.

Matt made souvenir floats for Fennel and Stu. 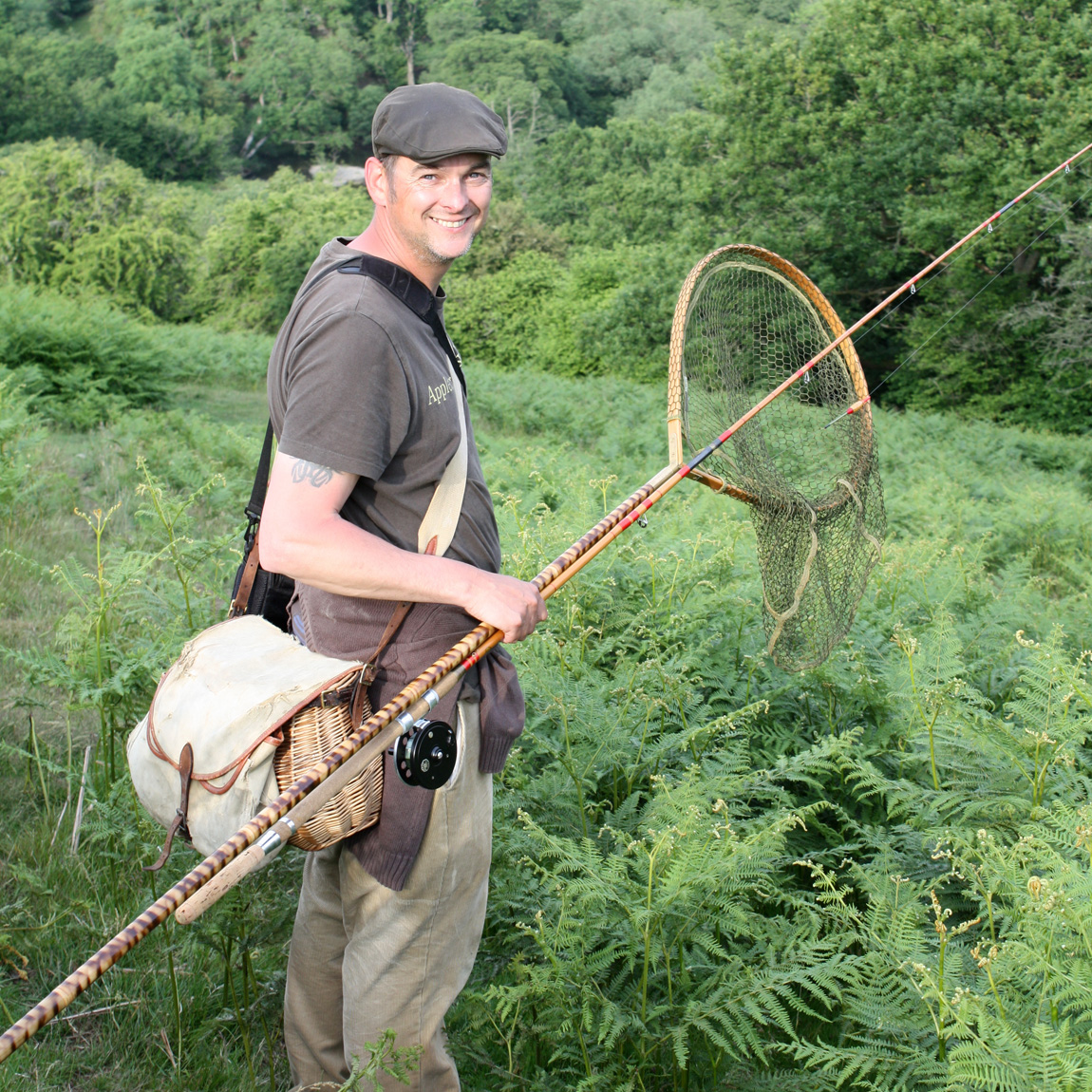 With the first day’s filming complete, we decided to pay a visit to the river below the campsite. 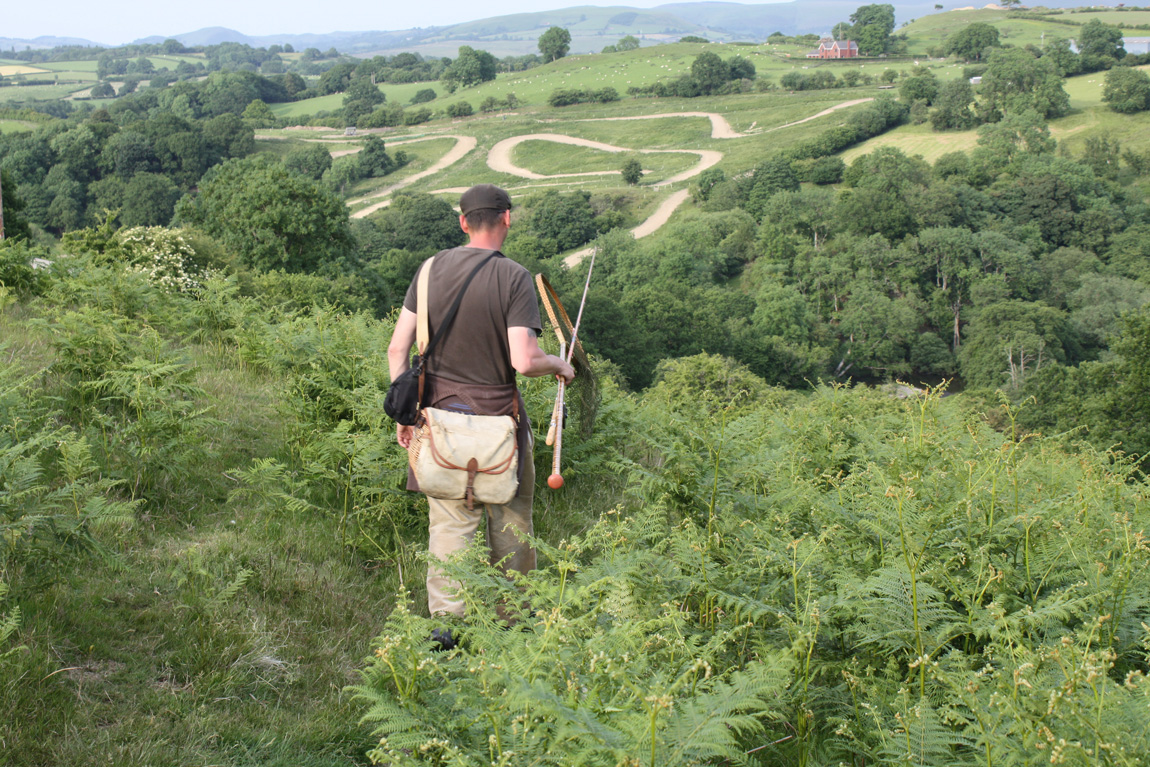 Stu makes his way down to the river, trying to keep up with Fennel and Nicky. 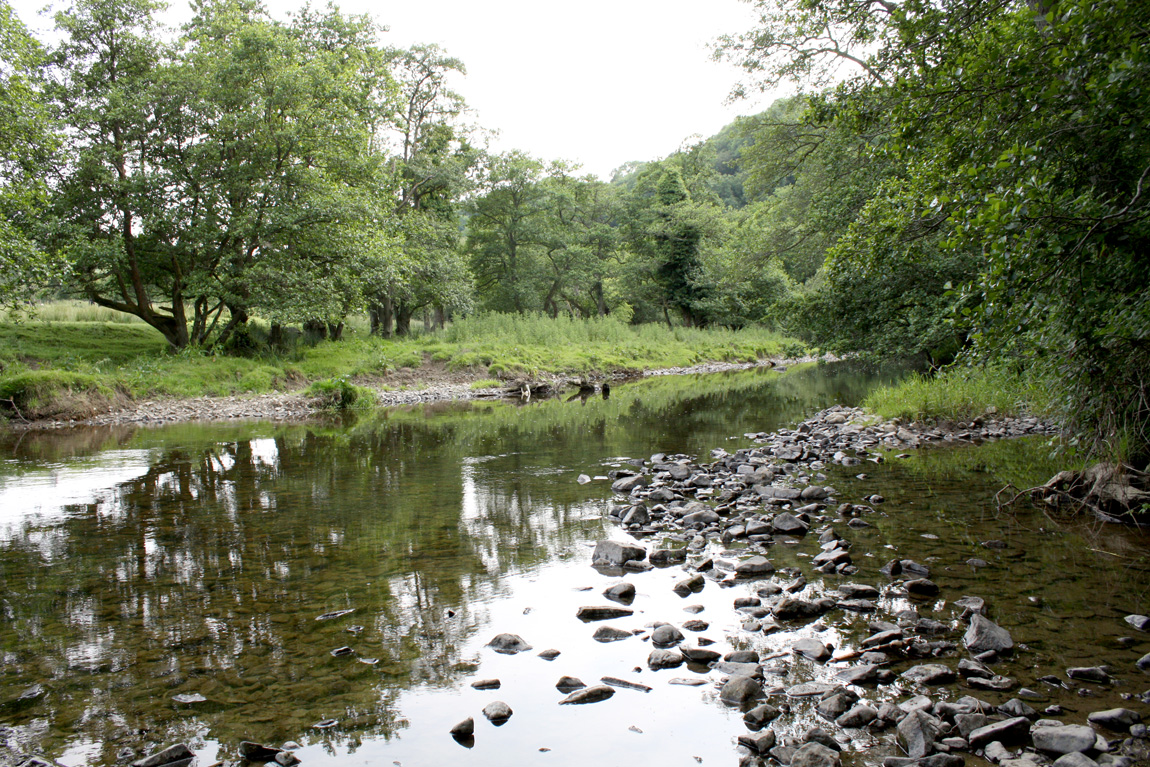 The River Ithon, where Fennel and Nicky saw the otter. It was once full of fish. 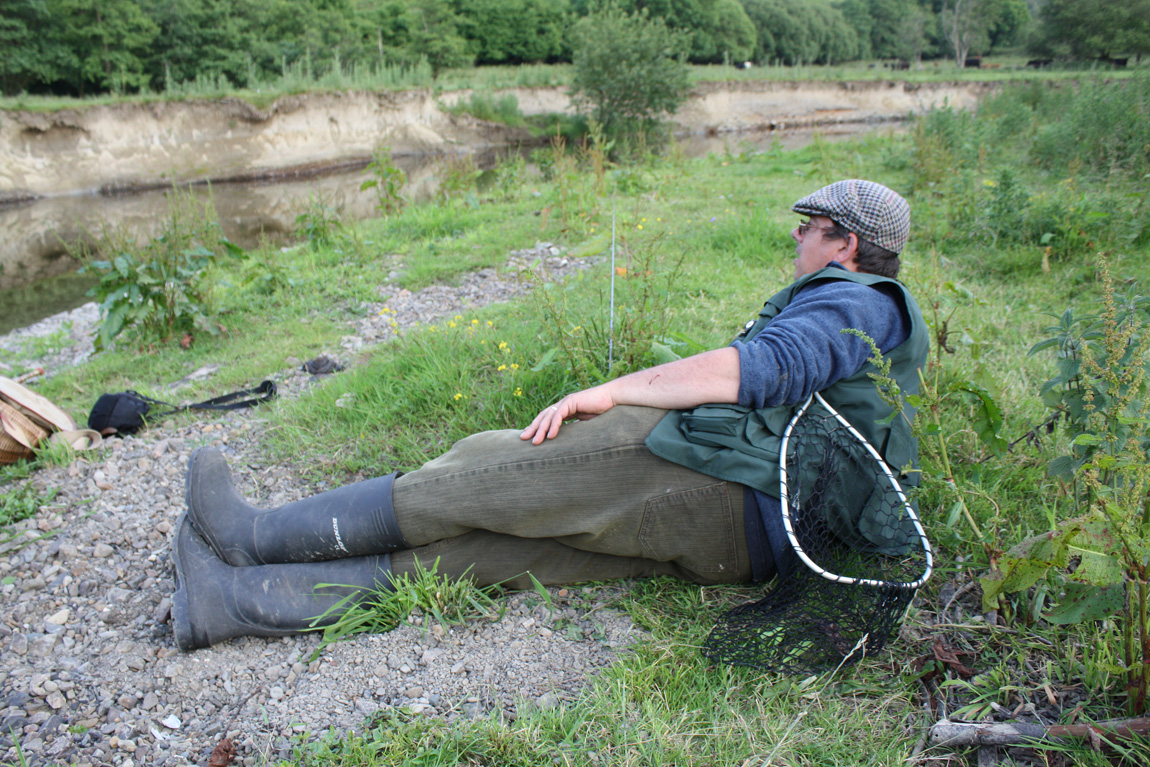 Matt takes a break from the fishing, watching Stu and Fennel seeking to catch a trout. 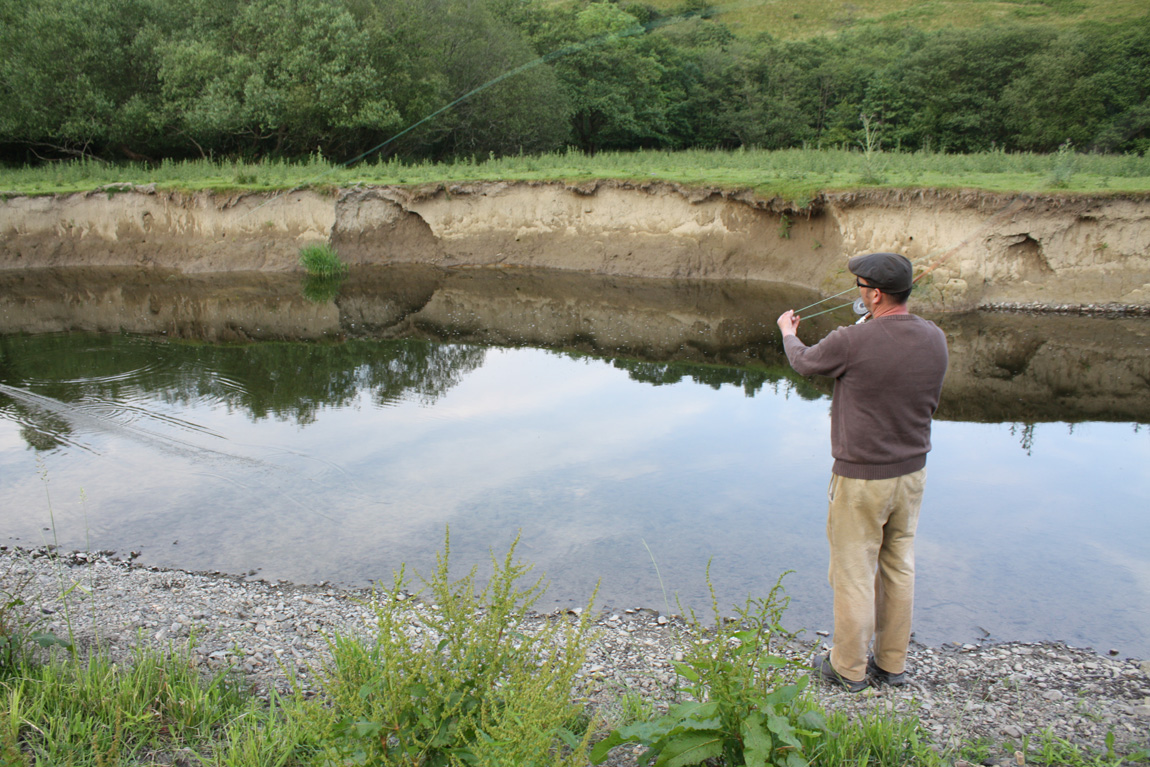 Stu was trying out his new split cane fly rod. 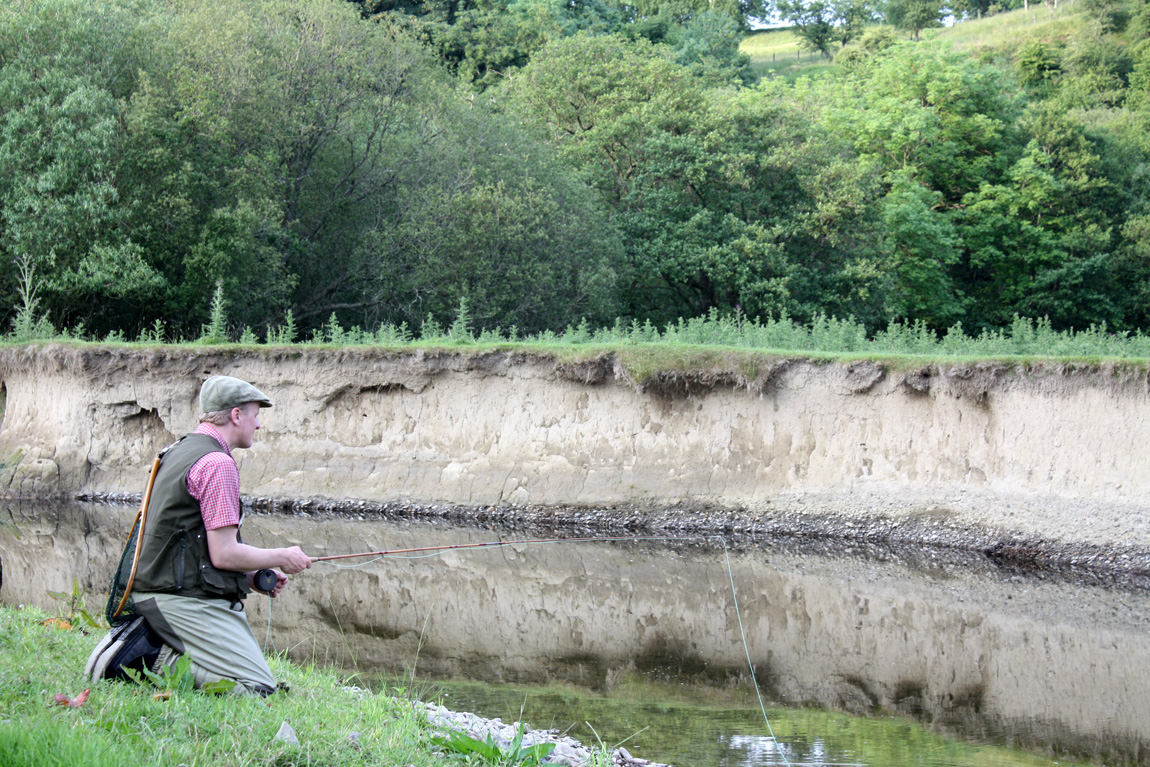 Fennel was fishing downstream, drifting a dry fly along the far side of the river. 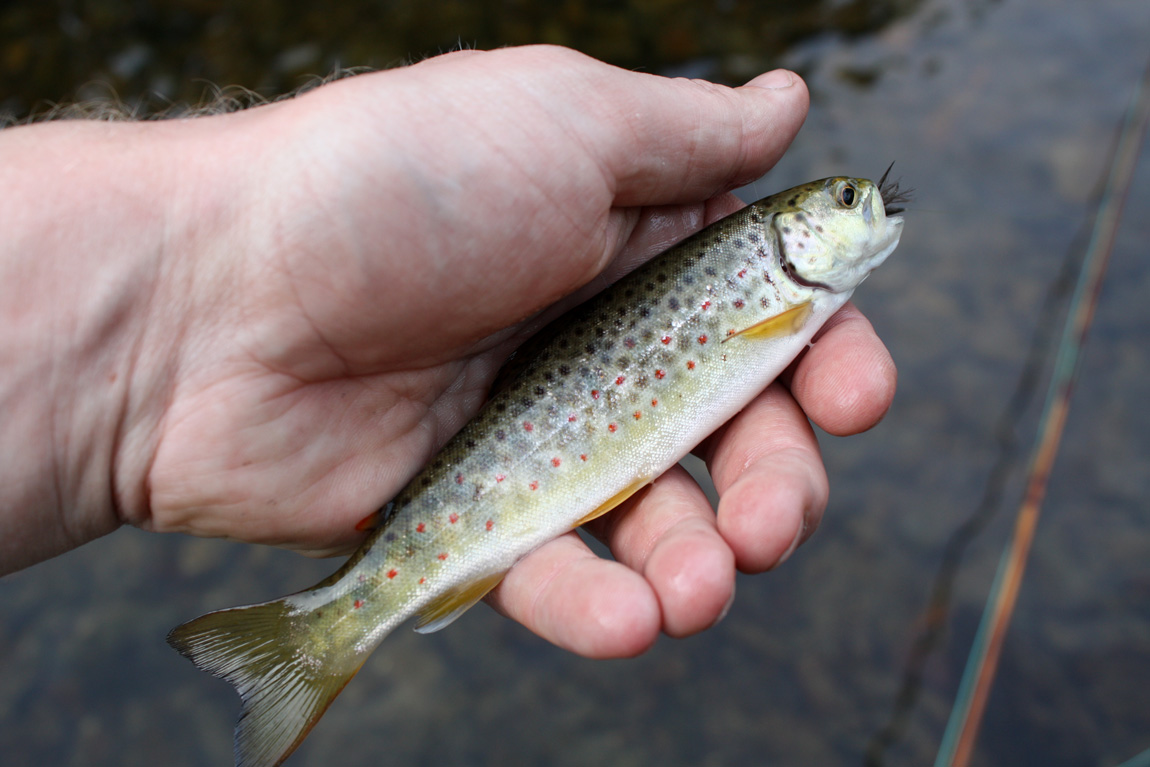 Fennel’s brown trout: about as big as they get in this stretch of the river since the otters arrived. 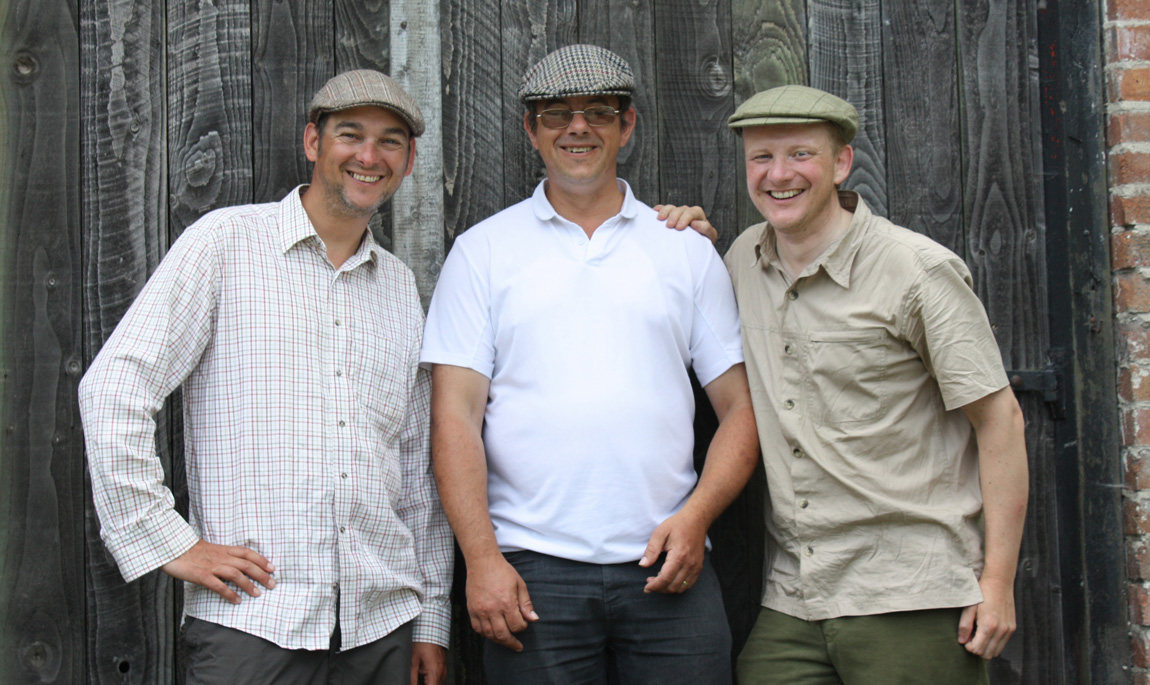 The classic ‘origin’ photo – 8th July 2013 – when Stu Harris, Matt Tanner and Fennel Hudson agreed to do everything they could to conserve wild carp. Eight years later, they had formed a charity and conserved their first strain of carp. 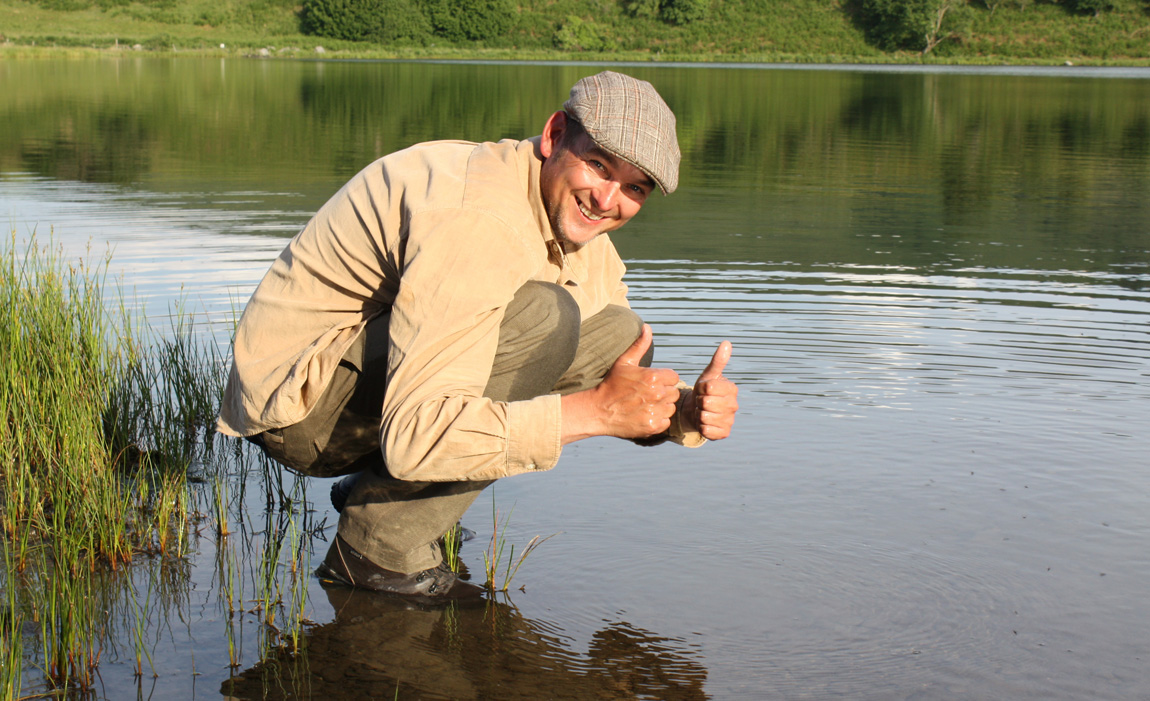 Stu’s face and gesture says it all: a big thumbs up to the idea of conserving wild carp.

Matt is one of the three founders of the WCT. He manages our Facebook Group and is our regional guide for Wales.