Wild Carp Trust President John Bailey has been scouring the UK for heritage strains of carp.

Writing in the Eastern Daily Press, he said:

I’ve been out and about this week as work has demanded that I drive to the extreme north and west of the UK. The entire 1,500 miles have been cleared by the authorities so I am not angling’s equivalent of Dominic Cummins. A part of my remit has been to look into the status of two of our rarest freshwater fish species, the ferox trout and the wild carp.

Ferox are great predatorial brown trout that live in the vast glacial lochs of Scotland, Ireland and Wales so we have not had many of them sighted in Norfolk. Wildies, though, are a different kettle of oddity. Oldies like me will think of them as long, lean, fully-scaled carp of the type the monks ate a thousand years ago. They were extremely common here in the East until around 1960 when one water after another came to be stocked by strains of fast-growing mirror and common carp brought in from the continent. It proved to be a situation a little like the grey/red squirrel scenario wherein the wild carp were gradually shunted into oblivion by their bullish, larger relatives. I have found some evidence that wildies still flourish in the extreme west of the UK and I wonder if there is some hope of re- establishing them here in the east? 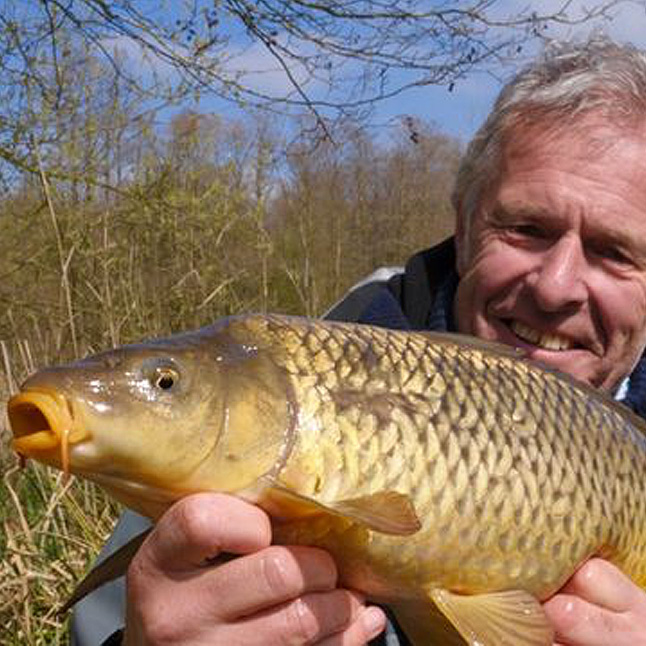 The excellent Dr Carl Sayer has shown that crucian carp can be rehabilitated by saving their ponds and spreading their numbers and I’d like to think that wildies could be similarly saved. (Coincidentally, this week I was asked to be the President of the Wild Carp Society so you could say I have a vested interest in this?).

There are still a very few seemingly authentic wild carp populations hereabouts and perhaps these remaining pockets could provide juveniles to stock surrounding, suitable venues. For the life of me, I can’t see what would be too difficult about this. After all, the monks spread carp around like this in Norman times and they did not have the advantages of tarmac and Discoveries.

There might be two problems that I can see. Would our old favourites, the Environment Agency, give their permission? Your guess is as good as mine with that lot. More fundamentally, would there be an appetite for a carp strain any more that rarely exceeds 10lb in weight and grows at the rate of an oak tree? Are we all bewitched into thinking that everything from a McDonalds to a carp has to be super massive and rotund? Or do some of us agree there are English eccentricities worth saving? Test match cricket or the FA Cup, to keep to sporting examples, perhaps?

Another coincidence. I was clearing out my tackle shed in the one afternoon I wasn’t whizzing about and I came across the barbel rod and reel John Wilson gave me before he went to Thailand. The last time I saw him use it was on the Wensum beneath Lenwade where he had just caught a 10-pounder from a run garlanded in ranunculus. This made me remember how I had once caught him three wild carp that he stocked in his pond in Taverham and which he took with him when he moved up the valley to Lake House.

Not much to add really, is there?

John Bailey is an internationally famous angler, author and broadcaster. His 1991 book ‘Casting for Gold’ inspired a generation of wild carp fishers. As President of The Wild Carp Trust, John is our figurehead with the passion and influence to raise awareness of wild and feral carp.